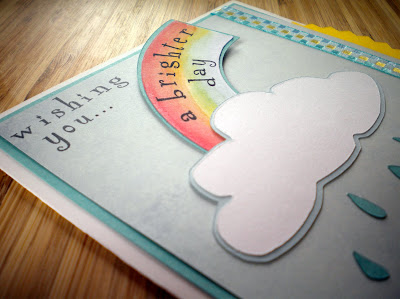 I think this card took me longer to assemble than any other I have ever made! It was difficult to
engineer because of the moving part. I will try to explain it as best as I can:

I figured out the mechanics by doing the card in computer paper first- it was the best way to get the dimensions right without sacrificing precious cardstock. The card base is 5.5"x5.5" and the "wheel" is about 4.25" in diameter. One that was all established, I cut the pieces and began to assemble (at this point I also cut out the cloud, raindrops, and rainbow-which I painted with watercolors).

I attached the wheel to the teal cardstock with a loosely set eyelet in the center (to allow it to rotate). I added the left edge of the rainbow to the circle with double sided adhesive, then got to work on the light blueish top layer. On the left hand side-under where the cloud is- I used a craft knife to cut a horizontal slit to accommodate the rainbow. I slipped in the right end of the rainbow, then attached the blue top layer to the teal beneath it.

The rest is pretty self explanatory. Here is the result (by the way...the wheel turns into a sun as it is rotated!): 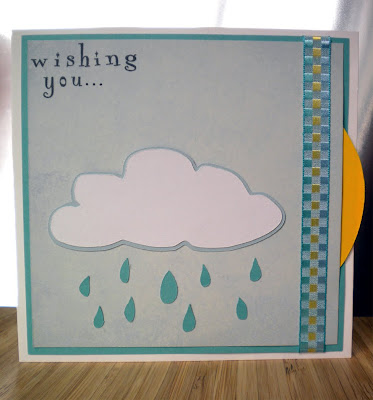 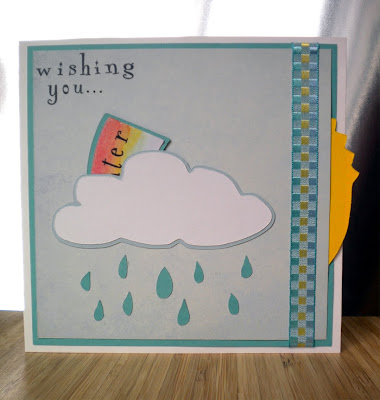 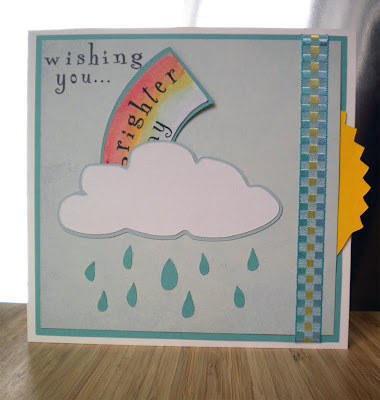 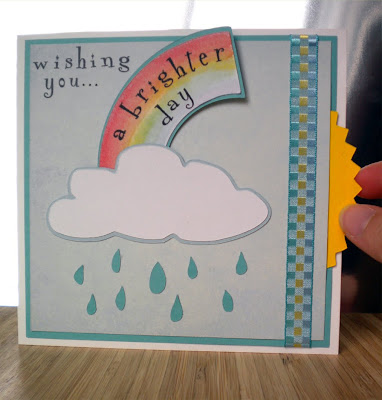 I submitted the card to this week's CARDs Blog challenge
Posted by Jennifer Rzasa at 6:21 PM