Good morning!  Today there is a new Runway Inspired Challenge up...and it's an elegant one! 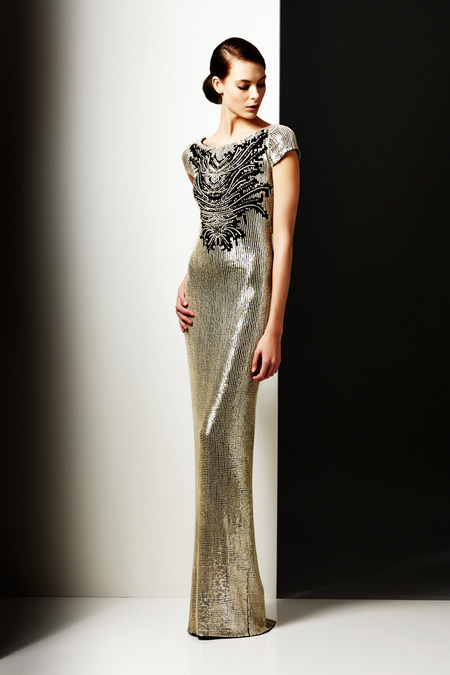 
I'm totally digging that metallic shine, and the damask-ish pattern on the top made me think of letterpress!  I had about 4 failed attempts at doing faux letterpress:  I inked up an embossing folder and ran it through the machine...and each time it came out splotchy.  I have successfully done this in the past on regular cardstock, but I think the pearly cardstock I was using didn't want to take the ink. 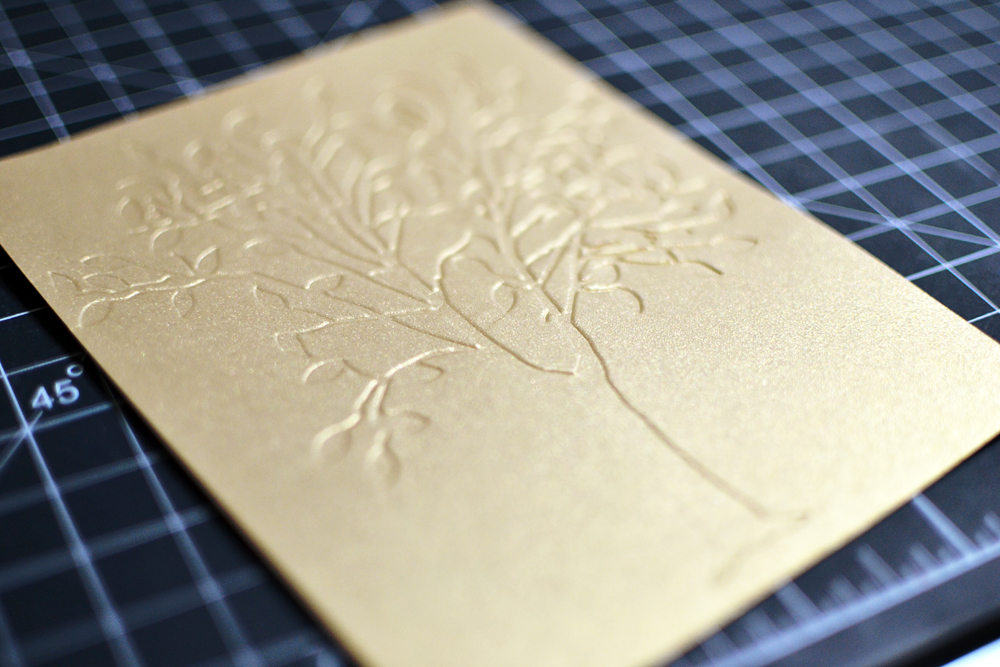 First, I embossed the image onto my shiny cardstock. 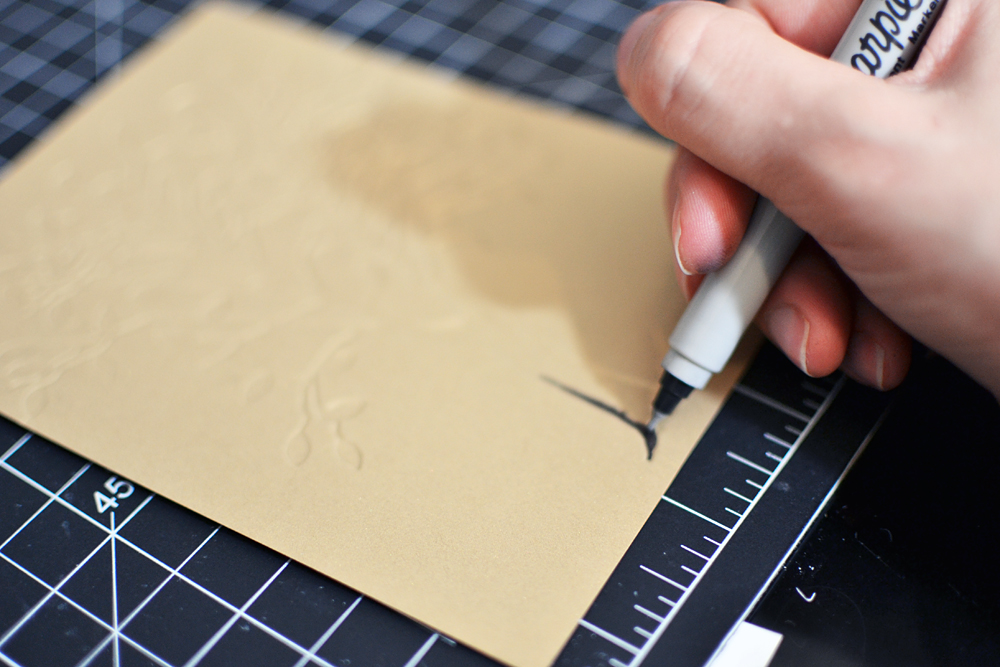 Next, I took a fine Sharpie and patiently colored everything in.

Oh yea- then I did it AGAIN, because I decided I didn't like the tree centered on the card. 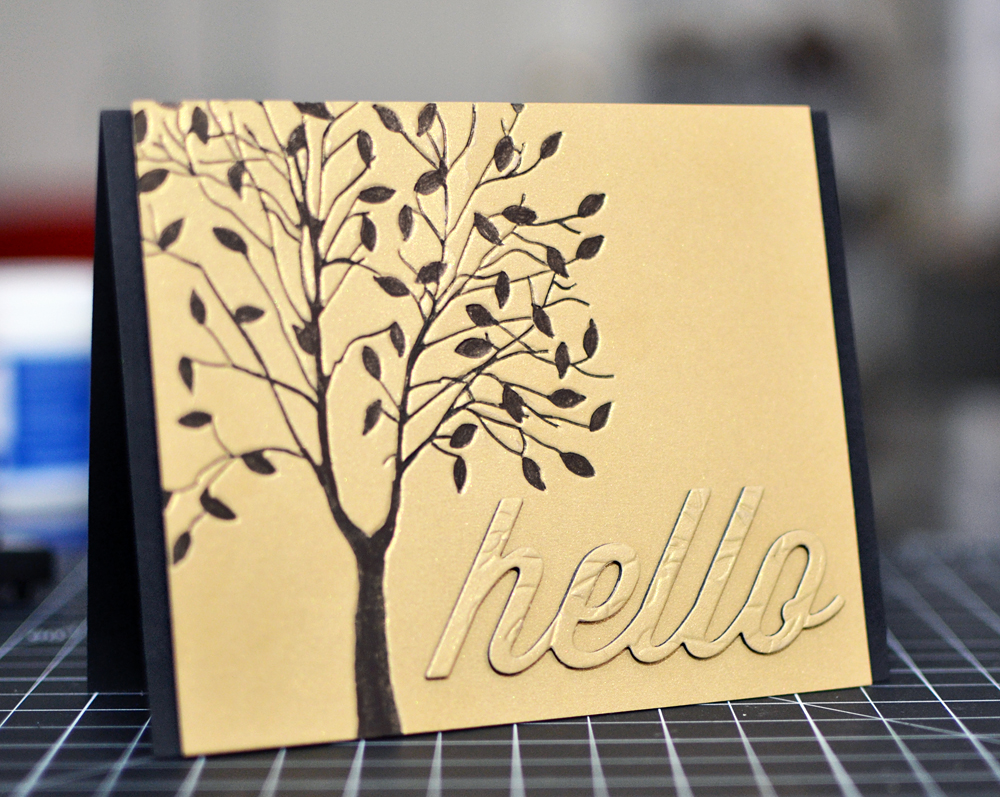 This is another one of those "it-looks-better-in-person" kind of deals.  It really gives the impression of letterpress!

To make the sentiment, I die cut the "hello" 3 times in black and glued those together.  Next, I die cut it with the shimmer cardstock, then embossed that with the same tree folder for some added texture.  You can see the black underneath the letters in the pic below: 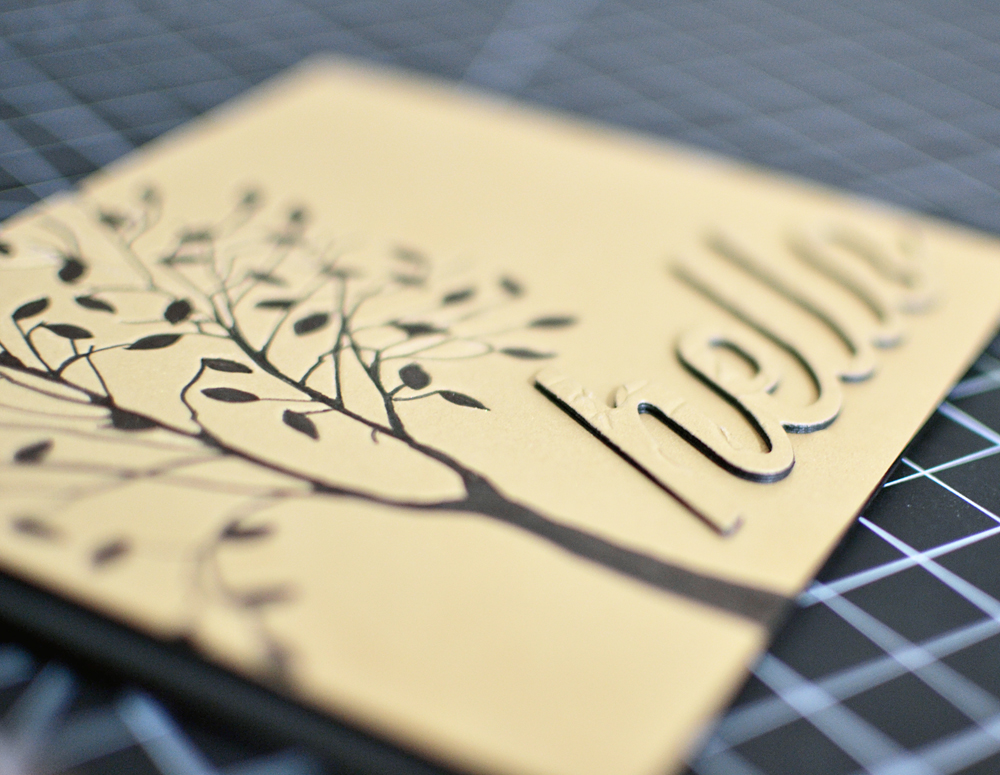 I really hope you play along - the prize this time around is from Simon Says Stamp!