Yep...it's Saturday.....which means a new challenge at Our Creative Corner! Marjie is host once again, and she wants to see projects with faces! Any faces will do.
I LOVE the graphic look of the face below. I printed it and the sentiment onto cardstock, and hand-cut the thought bubble. 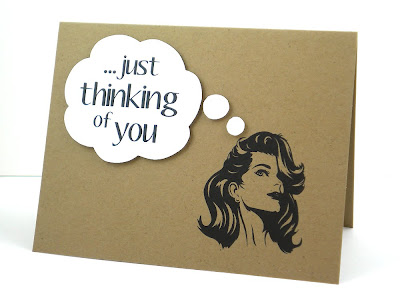 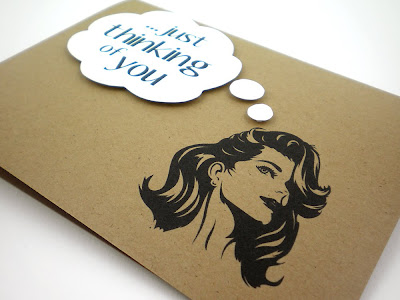 ....which brings me to the second half of this post. You can stop reading now if you are not interested. I won't feel bad!
Last weekend my husband and I were in NYC for New York Comic-Con. We try to go every year since they brought the convention to the east coast. Until then, it was only in San Diego (I've been to the SDCC once). Comic-Con is but one of the geek conventions we go to- and we always cosplay.
This year, we went as X-Men. I sewed my costume, and Dave's was a compilation of stuff he had already and things he bought at the thrift store. I went as Rogue (in a twist on her Legacy costume, if that means anything to you, hehe), and he was Gambit.
The pic below was taken at my parents' house- they live on LI so we stayed at their place and took the train into the city Saturday and Sunday. 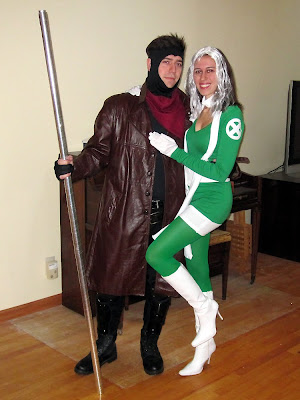 When you get dressed up for one of these events, people want to take your picture. Soooo many people, in fact, that I imagine it is what celebrities must feel like when the paparazzi tails them. I got my photo taken on the way to lunch, while testing video games, and even when headed to the bathroom. It's fun to look for pics of yourself in online galleries that others have posted. Below is one of our faves that was taken of us, found here: 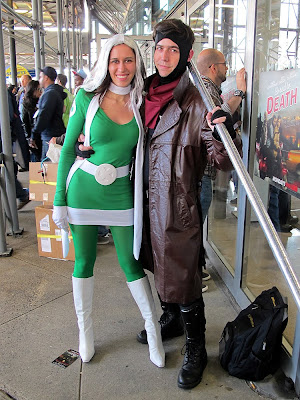 Even while we were having lunch at Subway about a block from the convention hall, people were taking pictures through the window. We wanted to join in the fun, so we took these pics of each other. 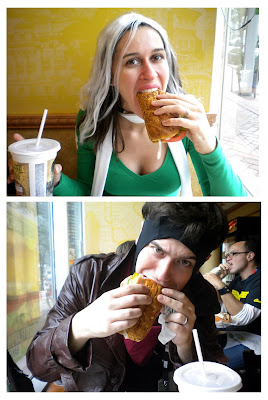 Below is another favorite of mine...a picture of me and someone I found dressed up as Ms. Marvel, who Rogue steals powers from in the comics: 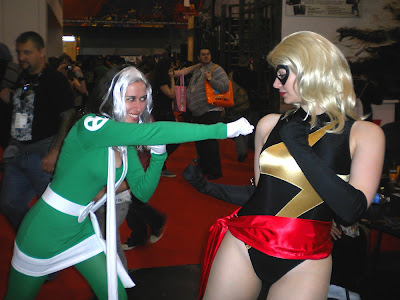 One last picture- there was a Spiderman green screen set up so you can be a cool webslinger, just like him. Look at my costume. Notice the problem? 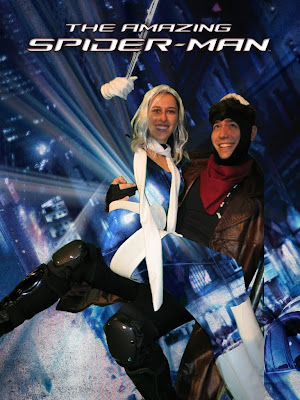 Sorry for the long post. I don't often share anything personal on the blog, but a few people had mentioned that they wanted to see some pics. I'll be back to normal in the next post, I promise!

Oh yea- don't forget to check out the challenge at OCC!

Posted by Jennifer Rzasa at 5:00 AM