Well, maybe not ALL of you. I'm probably lucky if even a handful of you care at all about this post!

Tonight I'm sharing some cosplay pics from New York Comic Con!  Although they might not be our best efforts (I think my fave costumes we have done so far were from PAX East earlier this year), we still had a great time!

I decided to go as Black Widow (in her comic book costume, not the one from the recent movies), and Dave was Hawkeye.  Here's what we were going for: 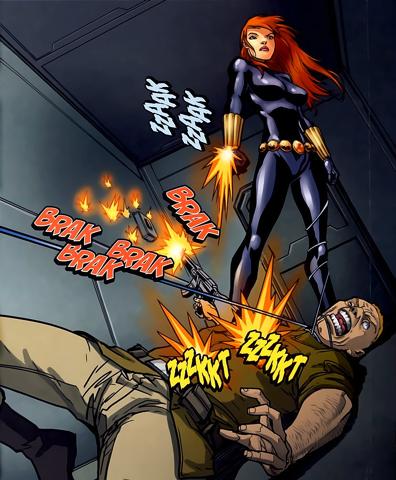 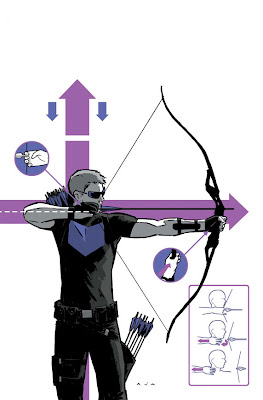 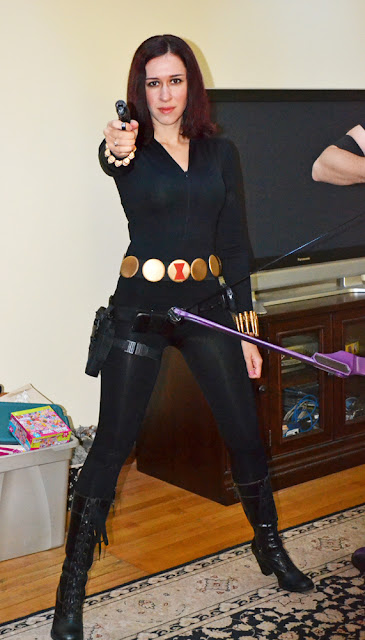 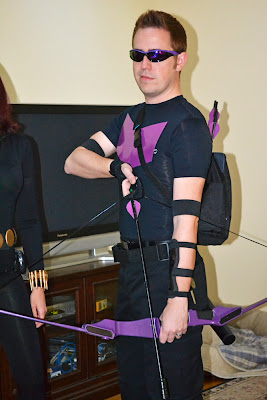 ...and here are some random ones from the convention: 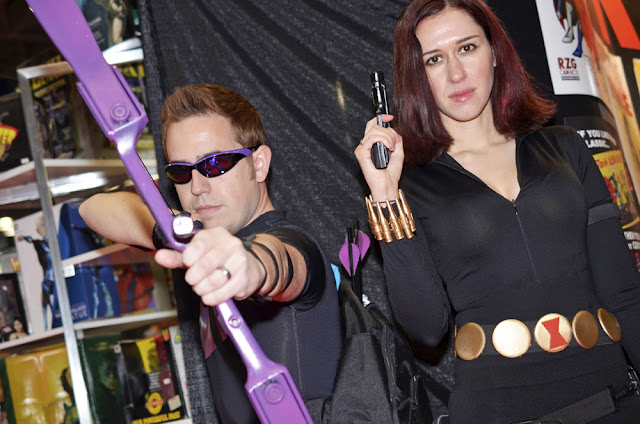 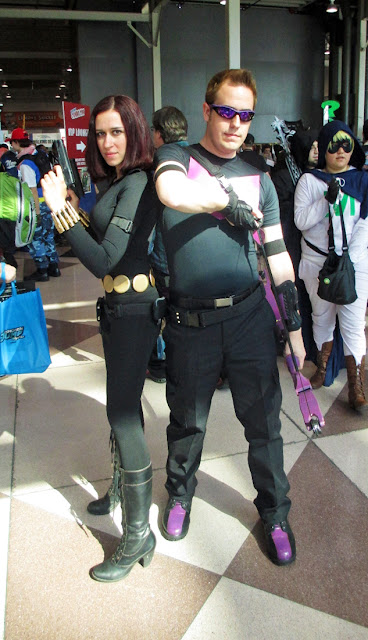 We found a Nick Fury and Captain America...good photo op! (sorry for the blurry phone pic) 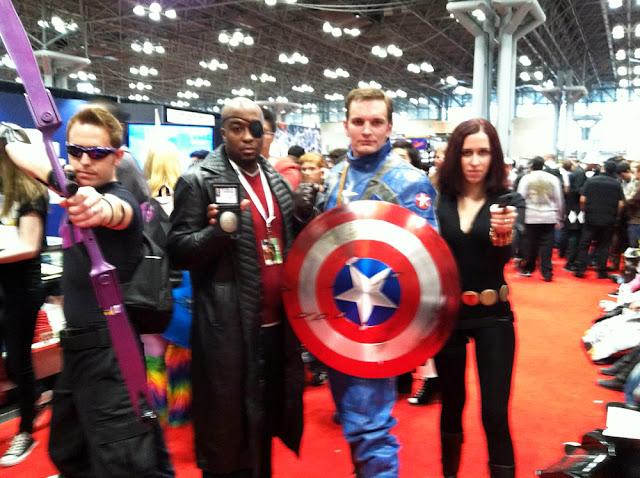 I thought this girl had a good Final Fantasy costume.  I LOVE that outfit so much, that I painted it a while back. 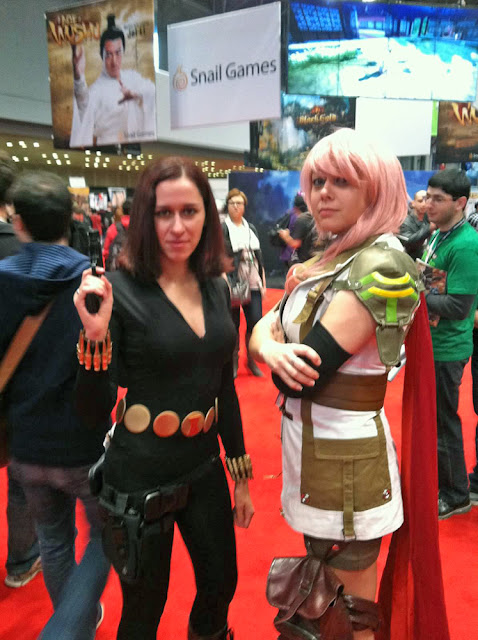 And lastly, our (apparently) traditional pics of us scarfing down Subway sandwiches.  I know there are much better places to eat while in Manhattan, but Subway is a block away from the convention center, and it's quick!  We always go out to a nicer dinner in the city the following day..... 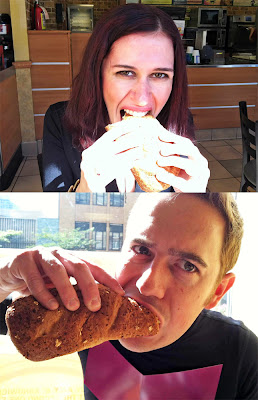